How to Plan Virtual Meetings 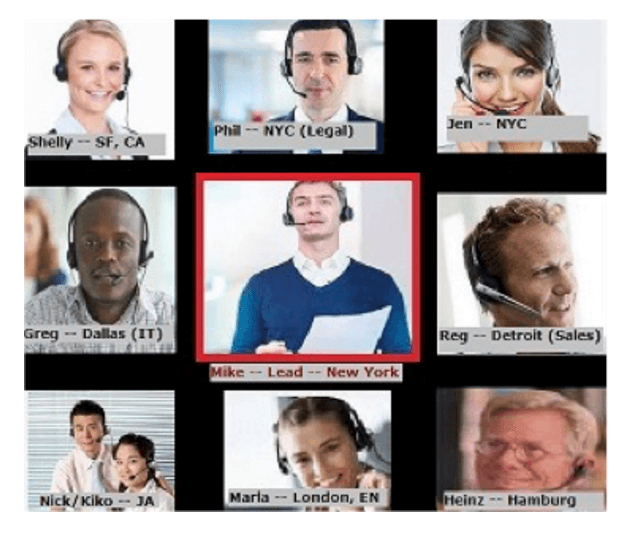 It’s Nice to (Virtually) Meet You

The biggest challenge with virtual meetings is making them effective.  There’s a built in presupposition that “We can interact just as if we’re in the same room together”, but that’s not entirely true.  This new technology has sprung into being and many people are anxious to leap on board this train before it leaves the station.

But for poor Nick and Kiko in Japan it is 2:00 AM, for Marla in London it is 7:00 PM, and for Heinz in Hamburg, Germany it is 8:00 PM.  It may be possible to arrange a meeting, but not everyone is going to be in the same state of consciousness, alertness, or even possess the same ability to pay attention.

Let’s simplify and assume that all the people you want to talk to you are in the same country.  Unless you happen to be in the widest country in the world (Russia, with 10 hours difference between the east and west coasts), the time difference should be manageable.  What other problems arise?

Face-to-face has its place

While the interaction portion of the meeting over video can take place in much the same manner as a face-to-face (F2F) meeting, you cannot meet with individuals in the cafeteria, by the water cooler, or at the coffee machine in order to bring them up to speed on certain subtle background details of the meeting.

Much of the subtlety of personal interactions gets lost with virtual meetings.  In the above image you can see facial expressions (which is good), but you still don’t get very much in the way of body language.

Worse yet, video meetings can be called “just to stay in touch”, and abused to make someone feel “effective”.  An associate of mine is “invited” to every wretched meeting anyone can dream up, and it severely cuts into his working time.  He has little to contribute to most of the meetings since he is the SAP rollout and training specialist.

His response is simple: He puts on the headset, listens half-heartedly, makes occasional remarks so his boss thinks he’s paying attention and gets a whole pile of work done on a second computer while everybody natters in the background.

Prepare by sending visual or video material ahead of time so people know what to expect.  Send out discussion points and an itinerary and put some effort into making the meeting efficient so that it has a good chance of being productive.

During the breaks encourage participants to FaceTime with each other, if necessary.  This allows them to fill in details or pick each other’s brains for insight.  Obviously, with a virtual meeting, you can’t all go to the same restaurant for lunch and discuss things in a more informal atmosphere.

Use more of the tools available with a virtual meeting, such as a whiteboard.  This encourages spit balling or brainstorming, and provides a record of ideas for people to mull over and develop.

Most virtual meeting software supports the instant sharing of documents or images.  You can share screens, perform PowerPoint presentations, communicate privately between two participants, or even show videos.   If required, you can even record the meeting, especially if it might be useful for training new employees, or if you want it transcribed to a document for record-keeping purposes.

The point is that virtual meetings can save your company a ton of money because people don’t need to travel in order to attend.  This is especially helpful in interviewing prospective hires where you don’t have to fly them halfway across the country and put them up in hotels.

It can also save you a vast amounts of time because once the meeting is over you can go right back to work doing whatever is most important.  You don’t have to travel to get back to your office in order to become effective again.

Recognize what tools are available for your virtual meetings and use them to their full potential.  It is the wave of the future, but like a surfer, you first have to learn how to ride it.

Talk To An Expert